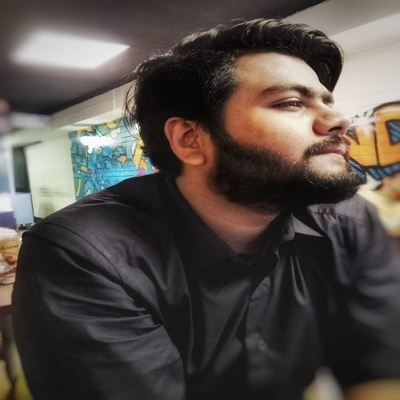 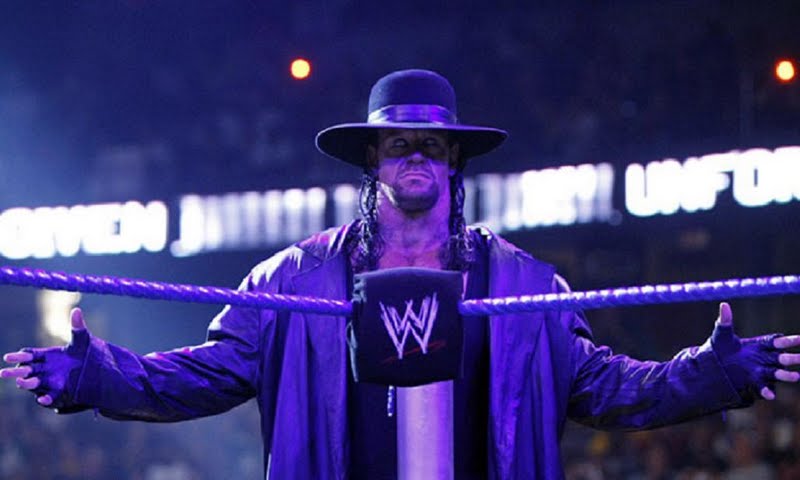 Multiple chair shots, a superman punch and a spear- within the space of a few minutes, Roman Reigns had executed his best moves on an exhausted Undertaker. With the deadman seemingly down and out, the ‘big dog’ went for the pin. Not only did Taker kick out, but he also put Roman in his trademark choking submission known as the “hell’s gate”. Roman did well to break the lock, and assaulted Taker with another series of chair shots. He then followed with another superman punch and not one but two spears. Undertaker was down. But as has happened over the years, The Phenom rose like a phoenix from the ashes. But it didn’t feel right. Unlike choke slamming or delivering a tombstone pile driver right after the resurgence, he fell down again; showing even his body could only go so far. Roman capitalized on that. He delivered one final spear. This time, there was no coming back. The match was over. The Samoan walked down the aisle, trying to look his evilest but failing even at that.

And we came to the end. An arena full of people, yet it seemed more silent than a graveyard. In the saddening silence, there laid a body. A battered, bruised body that had served the company for the last 27 years. For the fans and (possibly) for one last time, The Undertaker sat up. The joyous screams of over 75,000 people under the sky in Florida sounded like a team just had scored the winner in stoppage time. Taker got down from the ring, put his iconic trench coat, stetson hat back on and got back up. After basking in the grateful applause and thunderous ‘Thank You Taker’ chants, The phenom came to the centre of the ring just after it seemed as though he was leaving. One by one, he took off his gloves, coat and his hat. Placing these in the middle of the ring, our childhood icon took one last look around the whole arena. Kissing his wife Michelle McCool, a former women’s champion, The Undertaker set off. Stopping for a moment, he held his hand up to sparkling fireworks and dense smokes, the greatest ever performer in wrestlemania history disappeared into the oblivion. 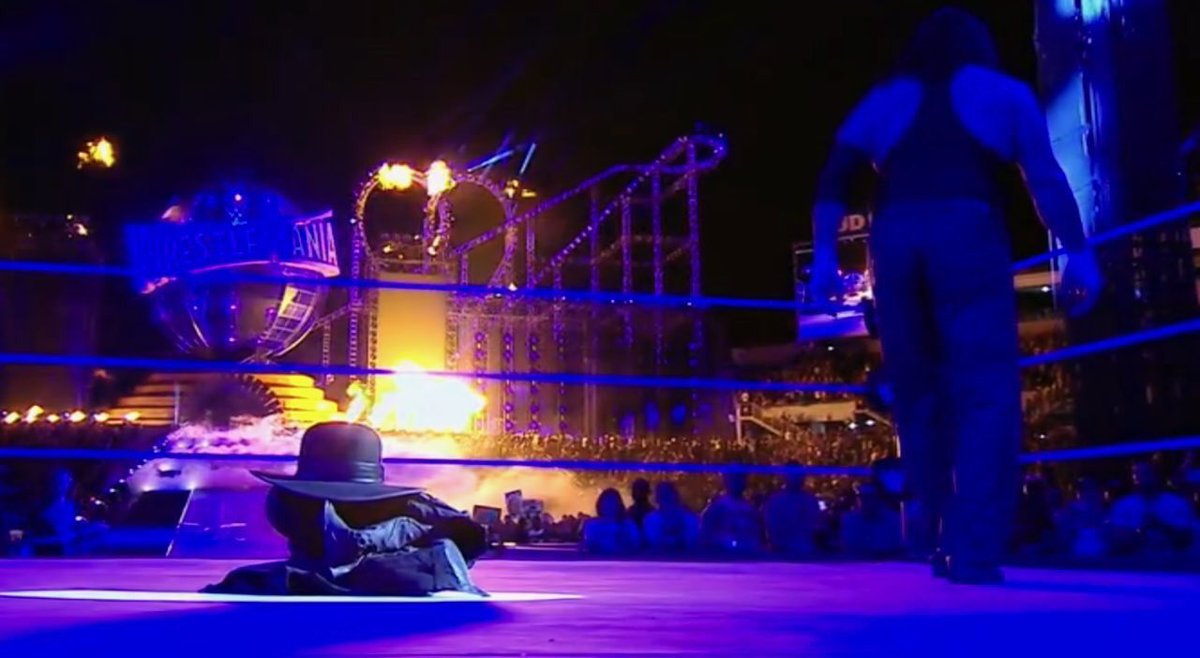 Tears were shed all around the world. And why not?  We are talking about The Undertaker, (possibly) The Greatest Ever! A part of our childhood just died right in front of our eyes. The man who made us fall in love with the business, the man who gave us endless nightmares, had just left the grandest stage of them all for one last time. Don’t get me wrong. I am not one to stubbornly think that Taker should have gone on for as long as he pleased like Cena’s been doing. For me, he should have put over Bray Wyatt in their match in WM31, passing the torch of the ‘next scary guy’ to the eater of the worlds and retired. 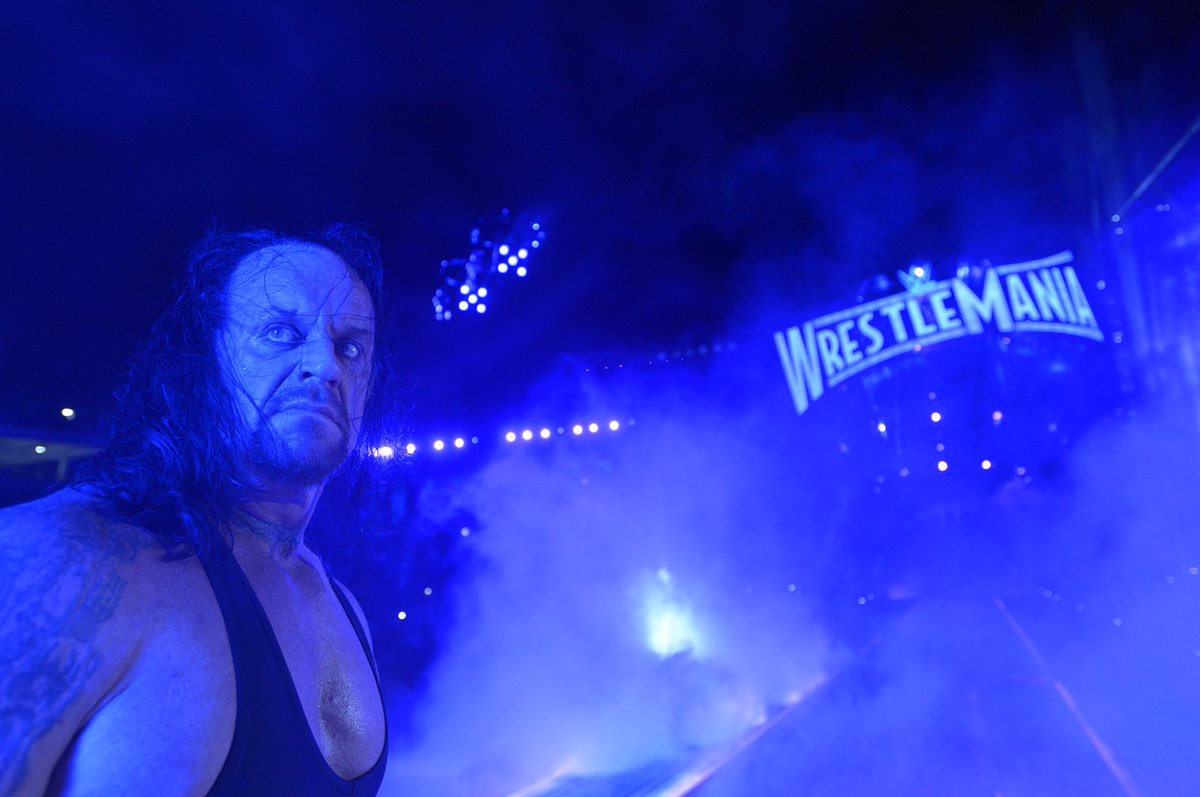 Let’s leave out all the statistical results, silverwares. Let’s just talk about Mark Calaway aka The Undertaker. A career spreading for almost three decades, there isn’t much that he hasn’t done. From pushing down mankind from 20 feet above, smiling on Lesnar’s face even when danger loomed large, kidnapping Stephanie Mcmahon and almost marrying her, introducing the company to hell in a cell, casket & buried alive matches, the “Priest of the ministry of darkness” gimmick- he’s done it all. He also rocked the modern day jeans, bandanas, and that iconic bike in his ‘American Badass’ and ‘Big Evil’ gimmicks. In his wrestlemania matches alone, he’s defeated the likes of Jimmy ‘superfly’ Snuka, Batista, Triple H, Ric Flair, Shawn Michaels. Let’s even leave that out. Just imagine The Undertaker in your head. The long haired, cold eyed man worthy of ‘ The Deadman’ nickname. There was this aura about him. In a business where every single individual gets hated, loved, hated again for their heel turns every now & then, there was this one man you couldn’t hate and that’s speaking volumes. Even if he wrestled one match a year which he’s done for quite some time now, he’d never get the hate Lesnar, Goldberg has attracted. Everyone respected him. Everyone knew what he stood for. Even after 30 minutes into packing up the WM33 set, the production crew didn't touch his stuffs in the ring. Such is the respect he has in everyone's heart.

The WWE is a place where the show always goes on. Look at Rollins. He defeated Triple H. Now the cerebral assassin might come back to avenge the defeat or Seth might find himself feuding with someone else. Everyone will go on bar one. From next wrestlemania, you won’t hear the beating gongs, you won’t hear the shivering thunderstorms, you won’t hear the symphony of death. Yes, the show must go on and so it should. But from now on, it will go on without its icon. An icon of mythic proportions… 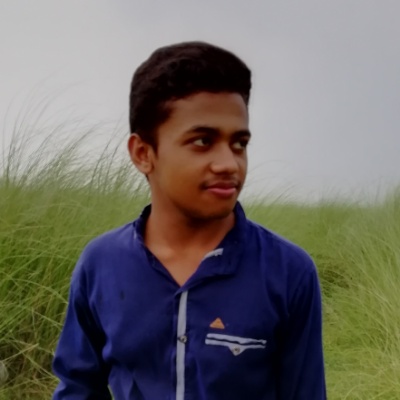 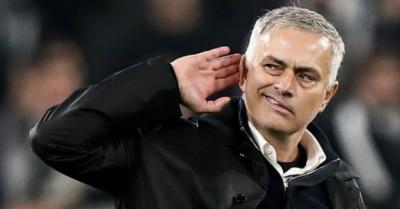 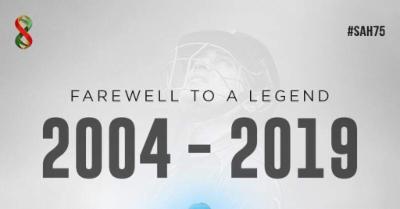 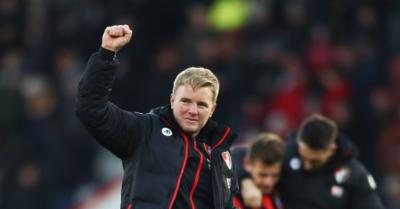